Primerica is a company that sells financial services and insurance. They use a multi-level marketing approach to sell their products. Before working with this company, you should get the facts about their background and how they operate.

This Primerica review covers all of the important elements. After you finish this review, you will be able to determine if there is a Primerica scam or Primerica pyramid scheme.

Primerica is a multi-level marketing company that sells products via individuals that sign up to sell the company’s services. They are located in Gwinnett County, Georgia. The primary product that they sell is term life insurance. However, they have other financial services too. 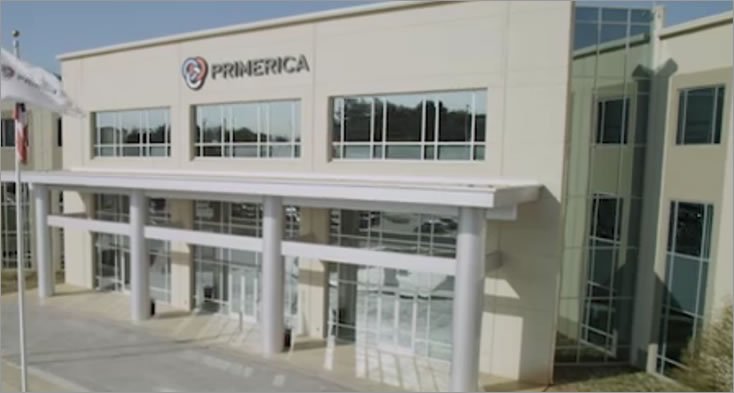 The precursor to Primerica, A.L. Williams and Associates, was founded by Arthur and Angela Williams in February of 1977. They started the company on the premise that people should buy term life insurance and then invest the rest.

The company believed that middle class Americans could invest in their futures and have sufficient life insurance coverage. In 1991, they retained the same business model, but they changed the company name to Primerica Financial Services. In April of 2010, the company changed the name again to Primerica, Inc. 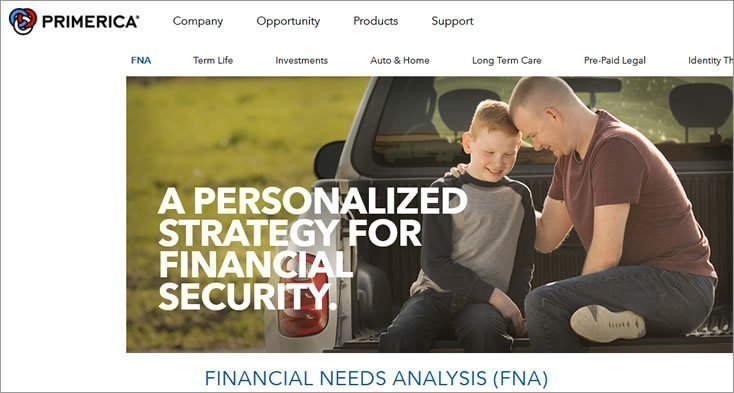 Whether the products are good depends on who you ask. Some customers believe they got fair rates and that their policy is a solid one. However, others believe that insurance through Primerica is a scam.

On the Insureye website, the life insurance offered by Primerica has 2.1 stars out of five. This was calculated based on 17 reviews at the time we wrote this Primerica review.

Some customers say that after paying on their policy for 20 plus years, Primerica raised their rates significantly without warning. Other customers say that once they turned 65 or older, their premium prices increased so much that they could not maintain the policy.

On the other hand, there are customers who say they were able to successfully cash out the policy of a loved one.

How Does Primerica Work?

People sign up to be an agent for Primerica. They then work to sell the products and services that the company has to offer. This is mostly term life insurance, but there are other products too, such as:

Agents are expected to sell the products and recruit a downline of new agents for the company. The agents receive commissions based on their sales and the sales of their downline.

This company uses a system with 11 tiers. So, your downline can be 11 people deep and you can earn commissions from all of these people until the 11th tier. Basically, the agents you recruit can recruit other agents and you will benefit from their sales.

You do have to be licensed to sell the products. Because of this, when you sign up, you cannot immediately start selling until you prove to the company you have the proper licensure.

How Much Does Primerica Cost?

To become a Primerica agent, you will pay a $99 fee. To stay a part of the online support system, there is an additional subscription fee of $25 per month. This is for the United States.

In Canada, the cost to become an agent is $103.95. The online support system subscription fee is $28 per month.

If you are not licensed to sell securities and insurance when you join the company, you should expect fees associated with getting your license. The insurance license fees vary by state and may include both filing fees and renewal fees to keep your licensure.

To get your securities license, the same is true that the prices vary by state. There are federal laws that you must also abide by to receive and maintain your license.

The company provides limited promotional materials, so you will be expected to create most of this on your own. This will cost you to create and print your materials. If you work out of a home or commercial office, the associated costs also fall onto your shoulders.

How Much Money Can be Made with Primerica?

Once you have your license to sell life insurance, every policy you sell nets you a 25 percent commission. You also earn up to 70 percent of the commissions that your downline brings in.

In 2017, Primerica disclosed that the average annual commissions for a North American agent was $6,030. This includes the direct 25 percent commission from selling policies, and all commissions earned from the agent’s downline.

This amount breaks down to an average of $502.50 per month. This is not a livable wage anywhere in North America.

The company does not provide extensive information about agent earnings. The figures above were from their annual report for 2017.

Agents who have earned money through this company do state that they have received their commissions on time. It appears the company does pay what they owe, it is just that most agents are not making any significant money with them.

You can learn more about compensation here.

Primerica Reviews: What Other People Are Saying

This is among the most important Primerica review elements because it shows you what real people have to say about the company. This provides valuable insight regarding a potential Primerica scam or Primerica pyramid scheme.

There are reviews about Primerica on multiple websites, including:

Based on 45 reviews on this website, Primerica has less than three full stars at the time we wrote this Primerica  review. Some of the reviewers feel that the agent opportunity is a good one and they are happy that they are working with Primerica.

There are other reviewers who feel that the insurance policies offered are not reasonable for the price. One guy says he signed up to be an agent and purchased a policy. He feels that the company ripped him off on both fronts.

Other reviewers say that once they signed up to become an agent, the company and the agent who signed them up abandoned them and did not try to help them to build their business.

There are several complaints about cancellations. Multiple people say that they were promised refunds from Primerica, but they never received these.

The company only has one review on this website at the time of this writing. This review is four stars. The person who left the review only says that they got out of debt. They do not elaborate on how they did this or how long it took. It is assumed that they are an active agent for the company.

Primerica is accredited by the Better Business Bureau. They have an A+ rating on this website. They have been accredited since 1980.

There are approximately 27 customer reviews on this website with an average of a four-star rating at the time we wrote this Primerica  review. One reviewer stated that she found an excellent policy with the company. She states that she feels the company is very professional when they are working with their customers.

Other reviewers feel that Primerica does not care about them and that they are running a scheme. Some of these complaints were about the company directly while others were about specific agents that consumers had a negative experience with.

There are many negative reviews on RipOffReport for this company. It appears that they have responded to some of the complaints in what appears to be an attempt to fix them.

However, several people who left reviews have stated that they believe that this company is a scam. These reviews come from both former agents and those who purchased products and services from the company.

The Primerica Facebook page does not have a review section. They also do not allow visitors to post on their page.

There are several comments on the company’s post that are negative. One person posted a link to an article regarding the death of someone who had Primerica life insurance. It appears the policy is trying not to pay out to her family.

Other people have said negative things in the comments on posts. However, there are also positive comments by people who appear to be happy as agents selling for this company.

Indeed.com reviews are mostly left by those who work for the corporate office. Out of about 2,800 reviews, the company has 4.2 stars on this website at the time of this writing.

Most of the employees feel that they have a good work-life balance, solid job security and they are happy with the benefits and pay that they receive.

One negative review stated that there was a lot of stress working with the corporate office. He said he could not relate to his coworkers or superiors.

On Glassdoor, this company has 4.1 stars. This is out of approximately 1,000 reviews at the time of this writing. Some reviews are left by corporate employees and others are left by those who are current or former agents.

One former agent says that he could not get anyone to answer his emails or phone calls. He says that he never received any help or support after becoming an agent.

Many of the positive reviews left by people state that they work as an agent either part-time or full-time, and that they enjoy the opportunity. They do not elaborate on their earnings or why they enjoy being a Primerica agent.

Those who work for the corporate office appear mostly happy with their jobs at this company.

The blog comments are largely negative. This is probably because most of the blogs about this company are also mostly negative. There are some comments from agents who say the bloggers are wrong though.

The negative comments are mostly about agents not making any real money with the company. Some are from consumers who feel that they were ripped off regarding the products and services that they purchased from Primerica.

Our Verdict on Primerica

This ends our comprehensive Primerica review. Our verdict is that we cannot fully recommend this company at this time.

This is not to say that there is a Primerica scam or Primerica pyramid scheme. We DO NOT feel that there is any type of scam or scheme associated with Primerica. It is a company that has been around for years.

However, there is enough negative information about this company that we simply cannot recommend it fully right now.

This may change should we get more information that would change our opinion.