Arbonne Review – Is Arbonne Legit Or A Scam? Should You Sell Arbonne?

Before you decide to sell Arbonne, it is vital to read a detailed Arbonne review. This is important to make sure that you understand all of the elements of this company before joining.

Knowing more about if there is an Arbonne scam or an Arbonne pyramid scheme ensures that you are informed. From here, you will have the knowledge you need to determine if the opportunity to sell Arbonne is a good choice for you.

Arbonne is a company that sells botanically-based products for nutrition and personal care. They sell their products via independent consultants.

The company states that they provide a holistic approach to healthy living. The products are formulated using plant-powered ingredients. When you sell Arbonne, the products fall into the following categories:

The company states that all products receive independent third-party certification to ensure transparency and ingredient accuracy. The formulations do not contain gluten, soy or GMOs. All products are also vegan. 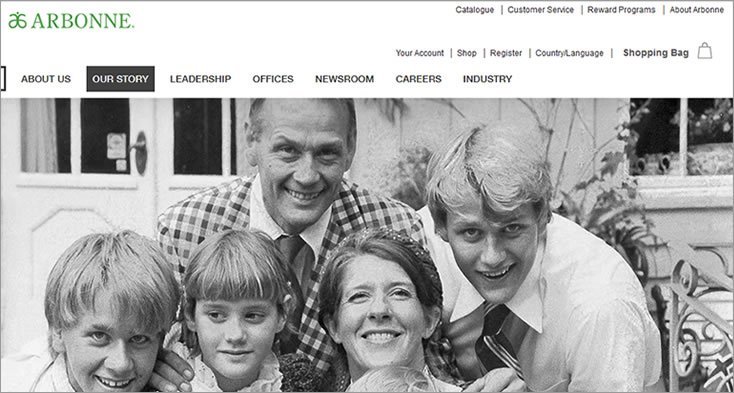 A comprehensive Arbonne review will provide details about the company’s history. It is important to see how the company began and how it has evolved over its lifetime.

In 1975, chemist Pierre Bottiglieri and Petter Morck founded Arbonne. In 1980, Morck headed to South Laguna to open the American headquarters for the country. Prior to this, Morck was the boss at a Norway company’s makeup and skincare division.

Both men had a desire to create a green line of wellness products. They had a goal to contribute nationally, internationally and locally to improve the world’s social, cultural and ecological environment.

The company started with 19 products and just a few independent consultants. The company quickly grew.

How Does Arbonne Work?

Knowing how the independent consultant opportunity works is an imperative part of any Arbonne review. This information helps you to see if there is an Arbonne scam or Arbonne pyramid scheme.

This is a multilevel marketing company, so independent consultants can sign up other people under them to sell the products. They can also sign up new Preferred Clients.

Once you pay the fee, you can order products online, by calling or via fax. The cost of the products varies.

Once you are an independent consultant, the company provides you with the Arbonne Boutique and business aids. The boutique includes items, such as business cards, logo merchandise and personalized labels. The aids include items, such as sample packs and product brochures.

Those who become an independent consultant can work their way up the ranks in the company. The ranks include:

How Much Does Arbonne Cost?

The starter kit that aspiring independent consultants must purchase costs $79. This kit includes:

To remain active as an independent consultant, people are expected to pay $30 per year. This fee will be due every 12 months. The date the fee is due is based on the date when the consultant signed up. For example, if you sign up in March, every March the fee will be due.

How Much Money Can Be Made with Arbonne?

This part of this Arbonne review focuses on income potential for independent consultants. This information is crucial to see if there is an Arbonne scam or Arbonne pyramid scheme.

The following shows the average annual earnings for independent consultants in the United States in 2017:

The active consultants break down in the following way: 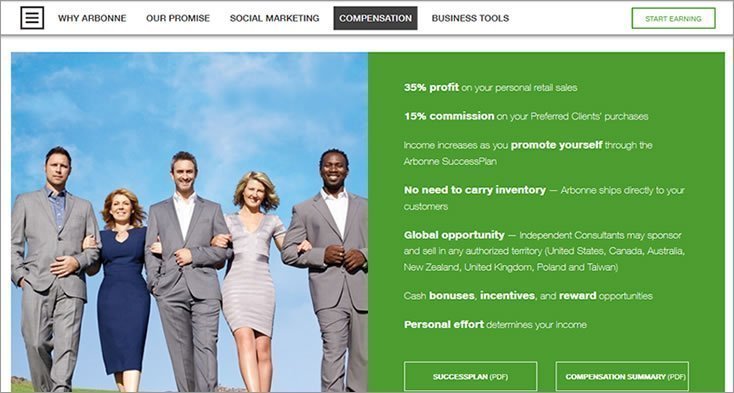 An independent consultant can earn money from Arbonne in four ways via the company’s Success Plan:

The company states that they may also offer rewards, incentives and recognition plans in addition to the four primary ways to earn money. These offers are typically given for a specified amount of time. The guidelines vary based on the promotion.

You can see more about how the compensation plan works here.

What Other People Are Saying in Arbonne Reviews

This is a critical element of any Arbonne review. Before you decide to sell Arbonne, it is essential to see what other independent consultants and consumers are saying about the company. These reviews come from:

This company has an average of four stars based on eight reviews at the time of this writing. The consumers who simply bought and used the products appear mostly happy.

The former independent consultants who left reviews appear mostly unhappy with their experience. One said that the products were too expensive to sell enough to earn decent money. Others seem to agree with this.

Arbonne has a four-star rating on this website based on 45,922 reviews at the time of this writing. The reviews are a mixture of consumers and independent consultants.

They state that it is almost impossible to make money with this company. There are several complaints about the required monthly sales quota.

Arbonne is accredited with the Better Business Bureau. They currently have an A+ rating. They have two stars from 14 customer reviews at the time of this writing.

There are 18,006 reports about Arbonne on this website at the time of this writing. All of these reviews appear to be largely negative.

Several reviewers state that they are not getting a return on their investment. They say that they have invested a lot of money while receiving little to nothing in return for their efforts.

Multiple reviewers believe that Arbonne is a scam due to the low earning potential. They talked about how independent consultants must meet a quota that is very difficult to meet with sales due to the products not moving easily.

Some reviewers feel that the company cheated them. They believe that the effort needed to earn any money is impossible. They state that they quickly ended their relationship with the company after discovering this.

The Arbonne Facebook page does not have a review section. In the post section, it is mostly independent consultants dropping their links. There are no visitor posts listed on the Facebook page.

The company appears to promote different independent consultants on occasion on Facebook. It is not known if this is random or part of an earned incentive.

There are multiple pages for Arbonne on Indeed. The page specifically for independent consultants has 4.2 stars based on 297 reviews at the time of this writing.

Many reviewers state that it is easy to learn the ropes. They say the products are not difficult to sell. Many remarked on the positive culture the company creates for independent consultants.

The most common negative comment was that it takes a lot of work to earn money and meet the monthly quota. Some also stated that it is expensive compared to similar direct selling opportunities.

There is a page on Glassdoor specifically for independent consultants. This page has a 4.4-star rating based on 48 reviews at the time of this writing.

The positive reviews talk about the high commission percentage, the good marketing materials that the company provides and the ability to be your own boss.

One negative review stated that the products can be difficult to sell because they are costly and not unique. This same reviewer says that the sales goals are unattainable.

Some reviewers stated that their sponsor was dishonest about income potential. They felt that some independent consultants only want to sign people up, but not help them to grow their business.

Is Arbonne a Pyramid Scheme?

Arbonne does use a multi-level marketing approach, but there does not appear to be a blatant Arbonne pyramid scheme. This company does not meet the Federal Trade Commission’s definition of a pyramid scheme.

There are physical products that you are selling, and consumers receive what they pay for. You can earn money with this company. While you can also earn money via recruiting, the recruiting method does not use a pyramid incentive plan.

Is Arbonne a Scam?

There does not seem to be an Arbonne scam. This is an established company that does not make exaggerated or false promises to those seeking to become independent consultants.

While the majority of independent consultants will not get rich, or even make enough to support their livelihood, money can be earned. As long as consultants meet their monthly quota and other stated obligations, they do receive the compensation they have earned.

The company does produce information about earnings and they make this available to the public. They are relatively transparent about the fact that independent consultants usually make little money.

Our Verdict on Arbonne

There does not appear to be an Arbonne scam or an Arbonne pyramid scheme. However, when you sell Arbonne, it will not make you rich quick. It is important to go into this opportunity with realistic expectations.